So are you thinking about visiting Miami soon or maybe even moving to South Florida and curious to know what the Miami Beach Weather is like most of the year?

If it is really hot or not in the Florida weather forecast all the time ?

Many people think that it’s hot weather in Florida all year-round and for the most part that does have some truth to it but we do have a different temperature in Miami and different seasons.

The main two seasons are the dry season and the rainy season.

Let’s go back to November because that’s really when the weather starts to change.

Usually, around November-December when the Miami Beach Weather drops to the hotter summer weather.
In November-December, they might drop from maybe a typical summer to mature of 92 or low 90s to upper 80s.

In November it might drop to 70s even sometimes upper 60s during the daytime.

At night the temperature drops from the upper 70s to upper 60s, so it’s not a drastic change of 10 or 15 degrees difference.

But in each season South Florida weather is pretty consistent day-to-day. For example, in the summertime, it’s probably gonna be 89 every single day of the week or 91.

It doesn’t fluctuate up and down that much during the seasons.

In November, Miami Beach Weather starts to cool off and that starts to begin the dry season at Miami South Beach Florida.

Also during January when Miami temperature is gonna be on average, maybe in the upper 70s, low 80s, it can be cooler.

It can definitely drop down to the lower 60s sometimes.

Even at night, it can go from 60s to 50s, even occasionally 40s. Actually, it’s gonna be 44 degrees although people don’t realize.

It can get quite chilly in South Florida during even the wintertime. It’s not always 95 degrees.

Miami Florida weather in January and February is really the coolest temperature that might top out in the upper 30s.

It doesn’t snow in South Florida, even though Once or twice in the last 100 years there have been flurries in Miami.

But overall it’s so unlikely that would ever happen. It can’t get cold in January and February but overall the high travel season to Miami South Florida.

when people usually recommend coming is typically between November and March when the temperature is cooler and less humidity.

It’s just more pleasant to be outside and go to Miami beach for a couple of days here and during this time the temperature is probably going to be in the upper 70s or lower 80s.

The only downside of South Florida weather in March is the vacation season so it’s gonna be a lot more traffic.

There might be other times of the year when the prices are typically a little higher during the high season, maybe ten or fifteen percent higher.

If you’re planning a trip to South Beach Maimi during the dry season/winter / high tourist season which is November to March time.

So like I said November to March is probably the ideal time to come to South Florida Miami and it’s definitely best Miami Florida weather throughout the year.

It’s probably January, February, and March but if those timeframes don’t work out for you, I’ll give you some other options later in the article.

So after we move past March into April and May these are kind of transitional months in Florida. Both months can have warmer days or slightly cooler days.

As we get into late April or early May, we’re gonna start seeing some afternoon thunderstorms pop up as the humidity tends to increase in Miami Beach Weather.

So that’s something to take into consideration if you’re playing a trip in April or May. It can get quite sticky and sometimes uncomfortable in the afternoons if you’re planning to be outdoors. But if you’re going to South Beach that won’t be a problem at all.

So starting June 1st is the official start of the rainy season and hurricane season in South Florida but typically Florida hurricanes don’t really come that often in June.

They typically come more in August-September or in October. I think September is the highest month for hurricanes or tropical storms but June 1st until November 30th is the rainy season/hurricane season so just keep that in mind if you plan to travel to South Florida during this timeframe.

There is a possibility that there could be a storm or hurricane but the good news is we usually get about three days or more in advance if there is a storm forming out in the Atlantic.

So that is a good thing if there is a storm on the horizon, so just stay tuned to the Florida weather as it gets closer to your trip.

Overall the temperature in the summertime typically ranges from 86 to up to 92 or 93 and storms generally stay in that timeframe.

It’s not very common to have the upper 90s temperature weather in Florida. To be honest however the heat index can hit triple digits because of the humidity.

Because the humidity generally in two to five minutes you’re gonna feel pretty hot outside.

If you’re in the direct Sun so keep in mind and you need to be close to areas of shade to cool off.

It’s really important if you’re going to be outside anytime during the year, definitely apply sunscreen because even if you’re outside even for just 10 minutes you can already start to get a burn.

The summer months particularly June, July, August. Tends to be the hottest where you’re gonna see 88 to 92 average daily highs.

At night it doesn’t really get that much cooler, probably 85 or lower 80s, it’s still very humid.

The heat index can still be in the 90s overnight, so you’re not going to get that much relief to be outside.

People don’t wear that much clothing or like just tank tops and shorts pretty much, June through October. End of October that’s when we really start to see a slight change in Miami weather radar.

The mornings might be something like 72 degrees and it really does feel a lot cooler and the humidity starts to fall.

In late October we start to feel like a lot less pressurize weather and the rain showers start to taper off a little bit towards the end of October.

If you want a little bit cheaper prices, you have to come in April or October, those would also be great months to come because they’re transitional months.

as the weather cools off in October I start doing more things outside. it just might take getting used to the humidity a little bit and then you’ll be fine.

The dry season and the cooler season typically from November to March.
That’s a nice time to come to enjoy the Pleasant temperature but typically from May to June to October.

It’s gonna be more of the rainy and the warmer hotter season and you’re going to be looking at temperatures between 88 and 92 on average.

We’ll be a little bit warmer but the good news is that it never ever actually hits 100 degrees in Miami.

It won’t be super hot temperatures but it’s the humidity that makes it feel a little bit muggier.

If you’re from Europe or South America or Asia or some other place that uses Celsius you can change all these data to Celsius.

The best time to visit Miami is March to May, although the entire season from December to May hosts pleasantly mild weather with a few differences.

Warm and pleasant winter season host to cold winds and rain sometimes. While the spring months are less warm than the summer.

This is a great time to visit Miami and the Keys and Everglades around it.
Spring is also a great season for swimming in the ocean with the average sea temperature in a comfortable range of 75°F (23.9°C) to 77°F (25°C).

Time to avoid visit Miami is the wet season, during which the period from August to October.

Hurricanes can destroy all your fun during this time, and Miami Beach weather can change quite suddenly.

The heat is at high point during summer; the mercury column is in sight of the 90°F (32.2°C) and along with the humid weather, makes it uncomfortable for going around the city.

Relatively December is dry season, and starting of the winter season is mild and dry.

Tropical Storms in Florida are less than expected but maybe unusual cold waves.

Daily highs are 78°F (25.6°C), and December is the cloudiest month is the driest month in Miami.

The shortest days of the year at 10.5 hours do not prevent a visitor from enjoying the spectacular nature around the area.

January is the coldest month of the year in Miami Florida Weather forecast, with the winter at its peak.

The almost no rain and low humidity in the early afternoon at 60% is fit for a myriad of engaging activities in such a lovely tourist place.

Be warned – winter may throw a few unexpected cold fronts with rain and strong winds, causing a change of schedules and plans, though not beyond a couple of days at the most.

With an average low temperature of 62.3°F (16.8°C) the second coldest month weather in February.

A low rainfall period of 2.2″ (55.9mm) with enough sunshine draws disparate travelers from around the world to its shores.

March is a transitional month to the short spring and the peak of the tourist season.

It is devoid of cold fronts and rain, and the abundant sunshine with an average sea temperature at 75°F (23.9°C) makes it the perfect time to be in Miami.

April sees the continuous progress of spring with the lowest humidity of the year at 67%.

April is a busy month with a hard to beat crowd everywhere as the days become longer.

An early morning beach escapade may be a simple solution to beat the crowd with sea temperatures close to a comfortable 77°F (25°C).

Its such as you read my thoughts! You appear to grasp a lot about this, such as you wrote the book in it or something. I believe that you just could do with some to power the message house a bit, but other than that, this is wonderful blog. A great read. I will definitely be back. 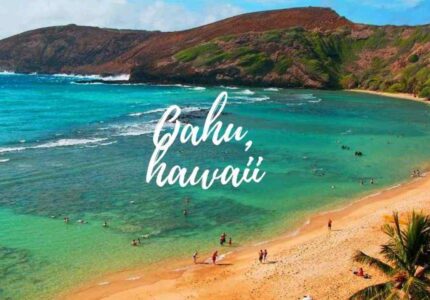 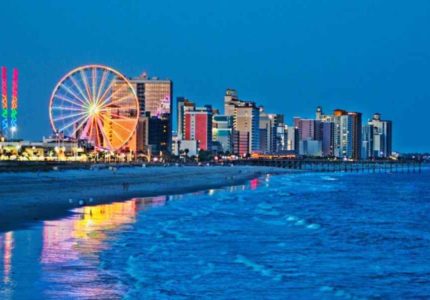 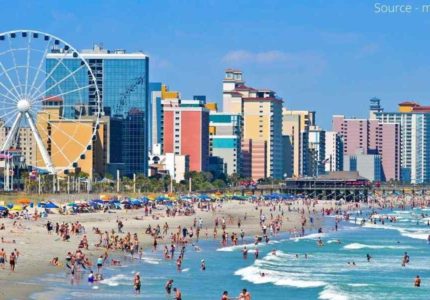